Implementing a QMS based on QISS 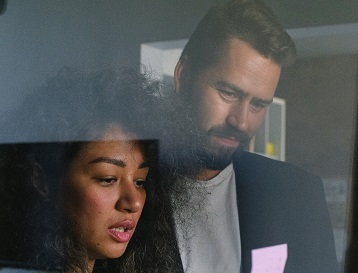 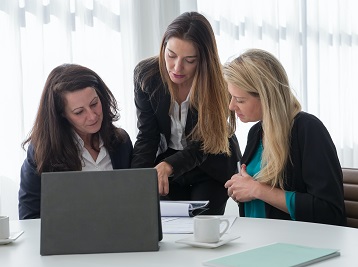 Implementing a QMS based on QISS

The following is a case study highlighting the activities involved in setting up, implementing, and certifying a QMS with the help of QIA’s consultants and it’s QISS software.  The company is Extreme Fab, Inc. in Houston, Texas, a 30+ year old company that is family owned and operated involving fabrication of heavy steel platforms, sleds and operation decks.

In October 2015, QIA was contracted to provide the necessary documentation and consulting expertise to implement an ISO 9001:2008 quality management system at Extreme Fab, Inc. located at 12889 Market St Rd, Houston, Tx.  QIA consultants provided subject-matter training, procedural templates and other documents (work instructions, forms, etc.) that Extreme Fab utilized to document the required and necessary procedures for the effective operation of its QMS.

QIA also provided quality management software, QISS, that aided Extreme Fab in its implementation by automating the processes related to management of its QMS.  Additionally, QISS provided a working platform through its modular system that allows the user to document, track and record process activities throughout an organization’s QMS.

The documents were prepared and activated in the QISS system and QIA aided by consulting on-site with Extreme Fab personnel in the operation of their QMS.  This aid was in the form of document assistance and training involving the ISO 9001:2008 standard and the operation and use of the QISS software.

Extreme Fab operated its QMS for approximately 3-4 months and in February 2016, QIA performed a gap analysis of the QMS.  Minor non-conformances were noted and QIA assisted in correcting the cause of the NCRs.  After another month of operation, QIA performed an internal audit of the QMS.

The internal audit resulted in some very minor NCRs and corrective action was taken on one process. The certification audit was scheduled for April, 2016, and Extreme Fab achieved success at the first attempt. Extreme Fab, Inc. purchased and continues to use the QISS software for managing its QMS.

Extreme Fab contacted QIA in early November, 2016 to begin implementation of an ISO 9001:2015 QMS. The same strategy was employed in that QIA provided procedural templates that introduced the ISO 9001:2015 standard clauses which were new or amended as compared to the ISO 9001:2008 version. The new documentation was initialized in the QISS software and the procedures and related work instructions were implemented in November, 2016.

QIA also provided consulting and training services related to the introduction of the new standard and the concepts related to risk assessment and abatement.

QISS software has been updated to conform to the new ISO 9001:2015 standard requirements and QIA provided training in the use of new modules that addressed the changes found in the new standard.

As before, Extreme Fab operated for approximately 3-4 months under the new system and QIA provided another gap analysis on this system.  QIA deemed the system to be operational and an internal audit was performed in February 2017 and scheduled for certification the first week of March, 2017.

The certification audit was performed in March of 2017 and resulted in no findings and Extreme Fab was certified in March, 2017.